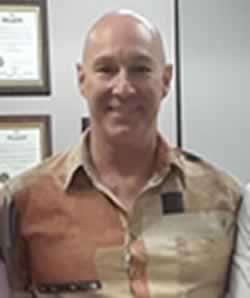 Alexander Van Buren is a business coach in Southlake TX. He specializes in business growth strategy and innovation.

His coaching, training and consulting company is devoted to imparting world class strategies and innovative ideas for achieving personal and professional breakthroughs and quantum leaps.

After spending 2 years learning how to ‘model something’ Alexander conducted his first behavioral modeling project in 1997. Determined to elicit the structure of creativity in detail, he read Leonardo da Vinci’s notebooks every single day for two years while eliciting Walt Disney’s actual creative process and studying Peter Drucker’s concepts on innovation.

The project loosed a flood of creative ideas. He has conducted formal ongoing behavioral modeling projects ever since. Over the next several years he elicited and created over 200 original patterns of excellence and models.

He’s modeled the comeback strategy of tennis legend Andre Agassi, the delegation techniques of a senior executive at the Jet Propulsion Laboratory, the visionary syntax Tom Watson used to create IBM, the top 2% of mortgage originators, the mental game secrets of bodybuilding champion Tom Platz, the self-discipline secrets of Navy SEALS, and the memory methods of a world-class violinist.

In 2002 he was hired by the Bluegreen Land & Golf Corporation to behaviorally model their top salespeople and referral getters. Some of their sales people went on to earn over a million dollars a year in take-home commission for the first time in the company’s history. In 2014 he was retained to model senior investment bankers for George K. Baum & Company, and teach the model to a group of hand-picked, up and coming investment bankers.

Alexander has been a business owner and entrepreneur for more than 30 years. He owns a training and development company, a national speakers bureau and a coaching and consulting business. He is now a recognized business coach in Southlake TX.

Applying what he’d learned from his modeling projects, he decided to grow one of his companies in April of 2008, right at the start of the economic recession. The business grew from a dining room table to five employees in less than 2 years. He then leveraged out of the company by automating all its processes. The passive income from his business-turned-asset made him financially free.

Alexander has been a featured presenter at the Stanford Executive Program Graduate School of Business at Stanford University.

If you’re looking for a business coach in Southlake TX, you’re in the right place. Alexander also provides phone coaching and on-site coaching and training in most major cities across the United States.

His mission is to help other business owners quantum leap, both personally and professionally and to become rich in their own business in 3 years or less.

“Alexander’s coaching has been a measurable benefit to me from our very first call.

His information is timely, relevant, and in manageable steps that can be implemented to increase your
business immediately.”

“Alexander has been a huge help in getting me started the right way. His techniques have already got me significant bookings that have far exceeded my goals.  I purchased his coaching package three times in a row because it paid for itself every time I did it.

His attention to detail in all aspects: from intricate speech writing to advanced marketing, these are exactly the insights for which I was looking. With so much more to learn, I know I’m in the right place.”

As a business coach in Southlake TX, Van Buren offers many formats for you to choose from. They include group coaching and training along with individual and private coaching and consulting in person or by phone.

See our Solve Business problems page for a list of the categories of business challenges we can help you with.

On-site training, coaching and consulting are available in most major cities of the United States and can be held at your place of business.

Our local workshops, training, and individual coaching are held at our office and training facility in Southlake in the Southlake Town Square.

Shops and restaurants are located nearby for your convenience.

This is a great place to start.

Get a breakthrough in your business. This package is ideal for getting fast results, breaking out of a rut and for getting firsthand experience of this coaching.

Numerous ideas and opportunities will be brought to light in this session, along with help for identifying which new initiatives will make the biggest difference for you.

You may also choose to use these sessions to work through a problem you’re having in your business or concerning your personal performance.

This is an ideal way to get unstuck concerning a particular issue that’s troubling you or that you’ve been struggling with.

One Time Only, One Per Customer
Includes Our Guarantee

To Choose This Plan
Yes, I’d like to talk with you about this ->

This set of coaching sessions is specifically designed to help you put your business on an entirely new level.

Identify personal blocks and patterns that have been holding you back and implement a new set of initiatives and strategic changes.

All coaching sessions include an optional email exchange after the session.

This package includes a business growth strategy plus planning and increased owner effectiveness. It also includes the opportunity to work out business problems and challenges that may be preventing you from growing your business quickly and efficiently.

One time only, One per customer
Includes our Guarantee

To Choose This Plan
Yes, I’d like to talk to you about this ->

This coaching and consulting plan will give you everything you need to put your business on a new level quickly.

It combines several phone conversations with one or two days of in-person planning and training.

This coaching plan has taken individual business owners to over a million dollars in take-home pay for the first time in their lives.

During our pre-meeting phone calls, we’ll discuss your business in detail. Then we’ll meet for an entire day or two and work out your plan. You’ll leave with a dynamic action plan that has been strategically designed for you and your business. You’ll have specific targets and initiatives in place. You will know exactly what to do and what to focus on to grow your business and get it to the next level.

To Choose This Plan
Yes, I’d like to talk with you about this ->

Take The Next Step

Take action now to find out if Alexander Van Buren is the right business coach in Southlake TX for you.

A person who organizes and operates a business or businesses, taking on greater than normal financial risks in order to do so. The inventor of a business. An individual who, rather than working as an employee, founds and runs a small business, assuming all the risks and rewards of the venture. Entrepreneurs who prove to be successful in taking on the risks of a startup are rewarded with profits, fame and continued growth opportunities.

To make changes in something established, especially by introducing new methods, ideas, or products.